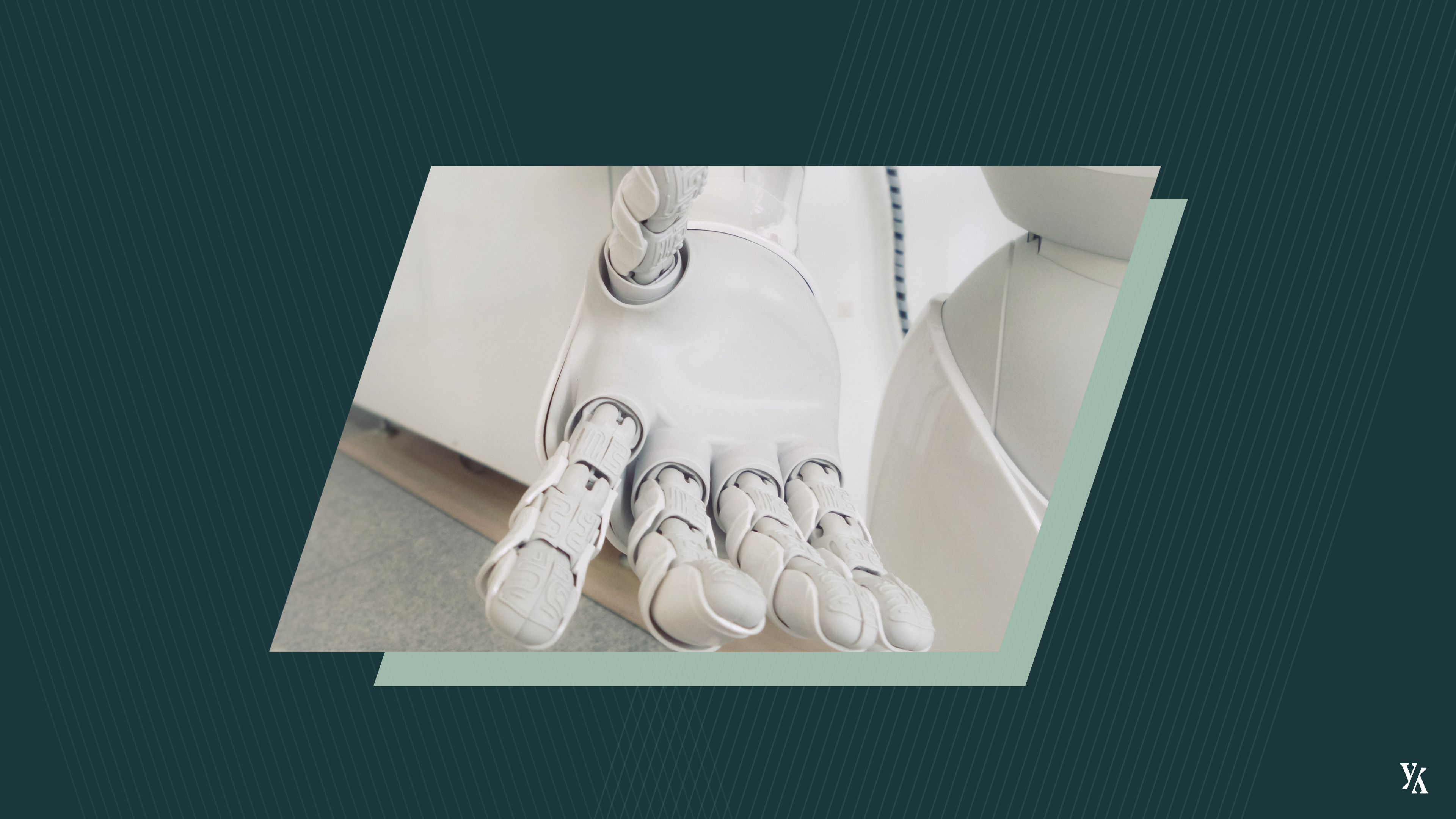 First comes automation and then comes the fun. That's what a lot of companies hope. But they shouldn’t be too quick to celebrate because although process automation does essentially promise less work, companies can run the risk of cannibalization between automatisms if these processes are set up inaccurately or without sufficient notice. This article is about hyperautomation and why this approach is relevant for all companies.

We have come a long way over recent decades: from automation to computerization, process reengineering and the various stages of digitization, we have finally arrived at hyperautomation. 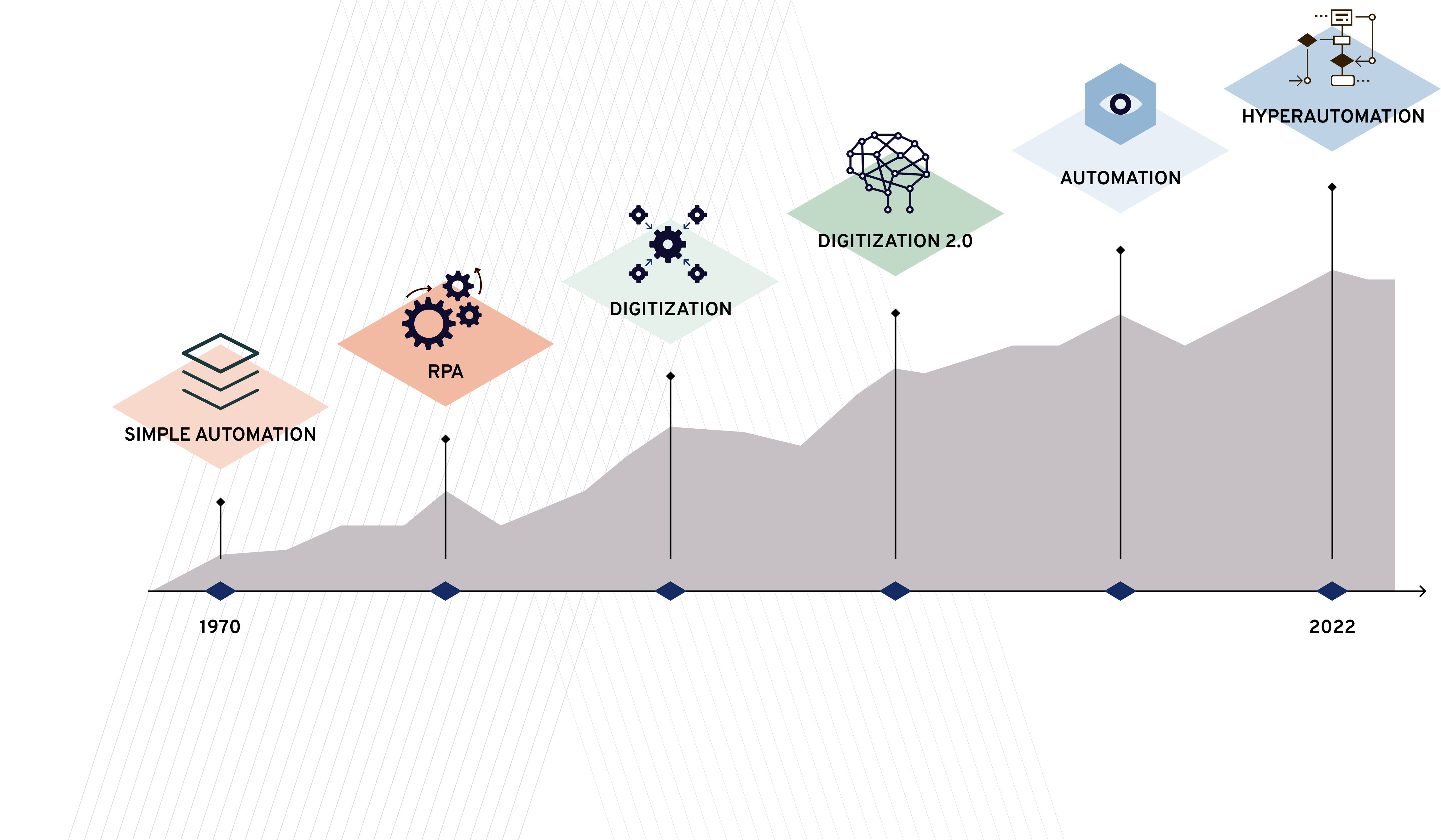 The buzzword mentioned, which the consultancy firm Gartner Group is promoting among others, is fundamentally different from previous terms, because it takes into account the experience that has been laboriously attained over the decades confirming that automation is a serious undertaking. But why was that not recognized earlier?

The limits of traditional automation

Back in the days of Robotic Process Automation (RPA), it seemed at first that a few clever hacks would be enough to overcome the challenges of digitization. Since then, many companies have been through painful experiences that have taught them that a lot of these hacks are not so clever. Important processes are sometimes controlled by programs that have been developed on an ad-hoc basis (Excel macros or similar) and never been taken stock of or documented.

Automation has therefore advanced bit by bit, but the different measures and processes have not been aligned with one another and this piecemeal approach has blocked any further developments. The problem is not a lack but rather an excess of automation. Automation might therefore be hindering itself.

Hyperautomation looks to the future

This is a paradox that needs to be overcome, precisely because all the tools needed to do so are available thanks to digitization. This was how hyperautomation developed as a strategic business approach that embraces long-term process automation in which RPA is combined with artificial intelligence (AI). While RPA sets rigid specifications, AI allows for a flexible kind of process control that can adapt to changing environmental conditions. In RPA, flows are controlled through If-Then-Else statements which can only differentiate between a few cases. The models used in AI-based hyperautomation can represent highly complex relationships and are continually developing in the context of machine learning.

So what is the actual difference between traditional automation and hyperautomation? Even though the two buzzwords are used in the same context, they focus on two very different points:

Benefits of hyperautomation for companies

The table presented above shows that hyperautomation offers a whole range of benefits. For example, when all automation of finance processes are aligned and work together, they result in:

Yokoy as an enabler of hyperautomation

Yokoy has reinvented spend management in the context of AI. However, it is not simply a matter of relieving workers of boring routine tasks, it is also about gaining new insight from existing data. The Yokoy software can, for example, read information from a restaurant receipt or supplier invoice and draw conclusions that could not be determined manually. This is valuable information. Gartner experts estimate that companies could reduce their operating expenses by up to 30 percent in the near future thanks to hyperautomation.

Would you like to find out more about hyperautomation, how it developed and the opportunities it offers:, read our whitepaper “How artificial intelligence promotes process automation”.

The Yokoy Guide to FP&A: what it is, why it matters, and where we fit in

Expense automation experts Yokoy guide you through the areas and steps of financial planning and analysis – and how it’s changing for today’s enterprise. 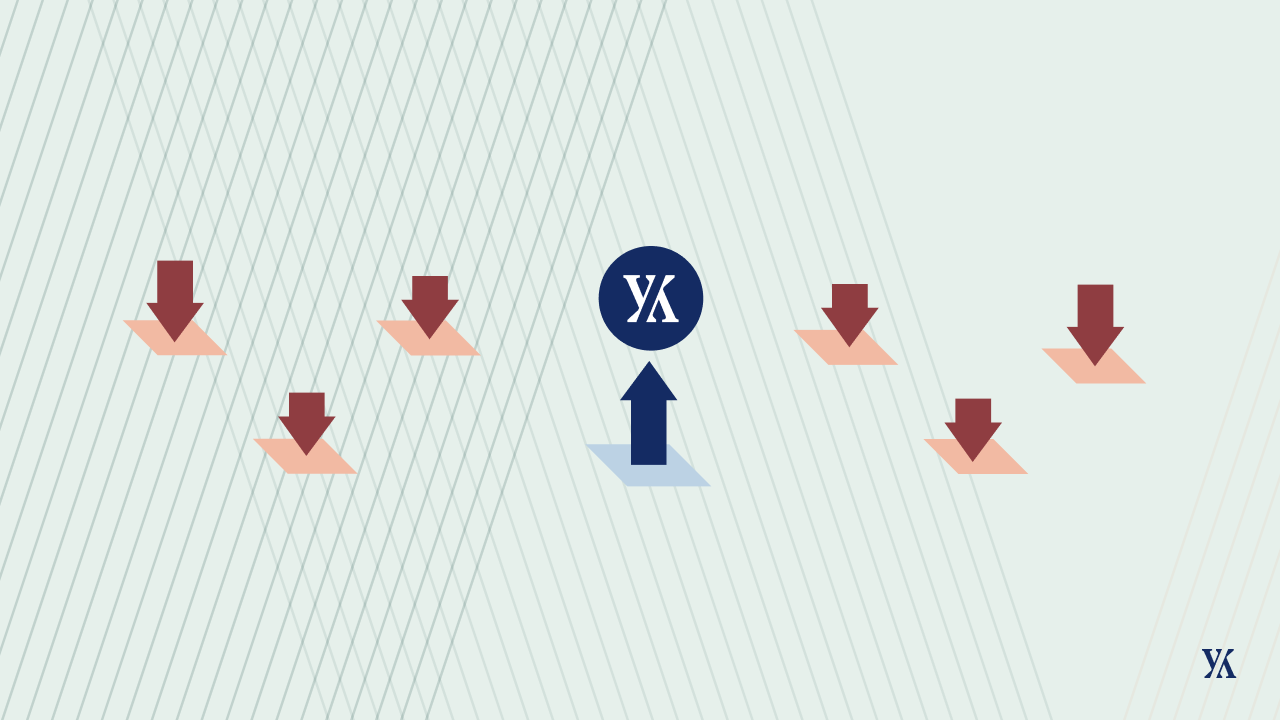